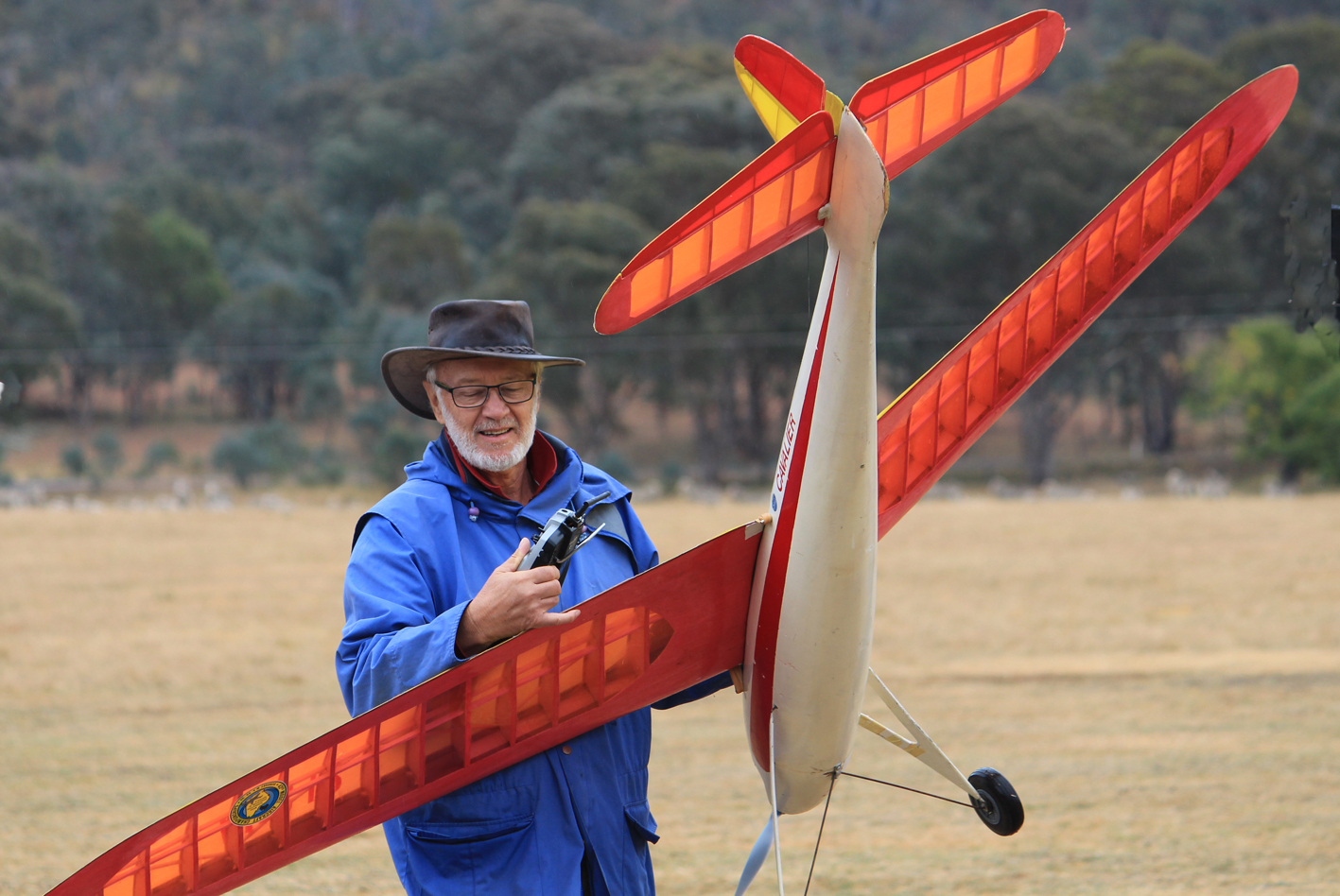 I started building and flying model aircraft in Lismore in the late 1950’s in the company of well-known fliers such as Ian McCaughey, Jim Palmer and Russ Hammond. I flew both free flight and control line, with a brief attempt at single channel radio control.

In the 60’s I tried single channel radio control again (the gear had improved somewhat) with a Hearns Hobbies ‘Rudderbird’; an aircraft I still have covered in aging silk!

In the 1970’s I ran a model aircraft club for school children, and even belonged to the control line club that flew at St Ives showground. In the mid 70’s I started multi-channel radio control glider flying in Armidale with David Morgan and Tony Hall. Together we launched the New England Model Aircraft Club.

My first Nationals was the 1979 Goulburn Nats where I flew a Cirrus in F5B! Never again!

In 1985 I assisted as an official at the F3B World Championships at Waikerie in South Australia. Here I met Peter Blomaart and Jan David and made many friends from overseas countries. I caught the excitement of international flying!

The demonstration Jan David gave of flying an electric glider, meeting Peter Blomaart and buying my first cobalt motor from him (a Keller 50), and my previous association with Jack Black, prompted me into electrics. In 1986 I gained a place on the Australian team for the first F5B (then F3E) World Championships.

World Championships I participated in:

My experience in electric flight places me in an excellent position to assist Australian modellers with electric flight products and advice. To contact me with questions, click on the E-mail link below.